Meredith Campagna July 8, 2022 Rate of Return Comments Off on Nick Marshall launches into the Rider record books with his fifth Pick-Six 22 Views

You lost the lottery; find financial gain from it

In a thrilling 41-20 win over the Montreal Alouettes on Saturday, the veteran cornerback got the home crowd going with an interception and a 90-yard return for a touchdown.

“It was just me being patient because I had about two or three balls thrown at me the whole game,” Marshall said after practice Wednesday.

“I feel like they were trying to put me to sleep, but I basically stayed inside the game and they were able to throw one at me at the end of the game.”

It wasn’t until the final whistle that Marshall realized he had made history.

With his fifth pick-6 in four seasons, the 30-year-old now holds the Roughriders all-time record for interception-return touchdowns.

“I forgot about it, so it was good to know I had a record and I’m just going to try to keep it going,” Marshall said after practice Wednesday.

The 30-year-old remembers hearing last season that he was tied for the club record shared by former Riders Ken McEachern and Jackie Mitchell.

Marshall made his historic fifth pick-6 in 48 games as a Rider. His return rate for touchdowns is now the all-time best in CFL history (among players with 10+ games) at 38.5% of his total interceptions and he ranks first all-time with a 6 pick in every 9.6 games of his CFL career.

“It shows his athleticism. A former quarterback who can change and play defensive back and not just play it, but play it at a high level,” Riders defensive coordinator Jason Shivers said.

“I love being able to talk to him in the game, changing his techniques and he’s not complaining. He goes out there and executes.

Signing with the club in April 2018, the former Auburn quarterback stood out in the preseason and was named the starting cornerback.

Marshall recorded his first pick-6 for Saskatchewan in his regular season debut on June 15, 2018. He intercepted a pass from Toronto Argonauts quarterback Ricky Ray for a 66-yard return touchdown in the fourth quarter, helping the Riders to a 27-19 win.

Saskatchewan fans will have to wait until Week 10, after Marshall healed from a broken finger in Week 1, to witness his second pick-6.

On August 19, 2018, Marshall intercepted a pass in the first quarter from Calgary Stampeders quarterback Bo Levi Mitchell for a 67-yard return touchdown at Mosaic Stadium. The Riders won that game 40-27, finishing second in the west that season.

The following year, under head coach Dickenson and defensive coordinator Shivers, Marshall recorded 39 tackles and five interceptions, one of which was returned 62 yards for a first-quarter touchdown at Calgary on the 11th. October 2019. The Riders fell to the Stampeders. 30-28, but ultimately finished first in the west.

Marshall’s record fourth pick came in Week 1 of a delayed and shortened season on August 6, 2021. 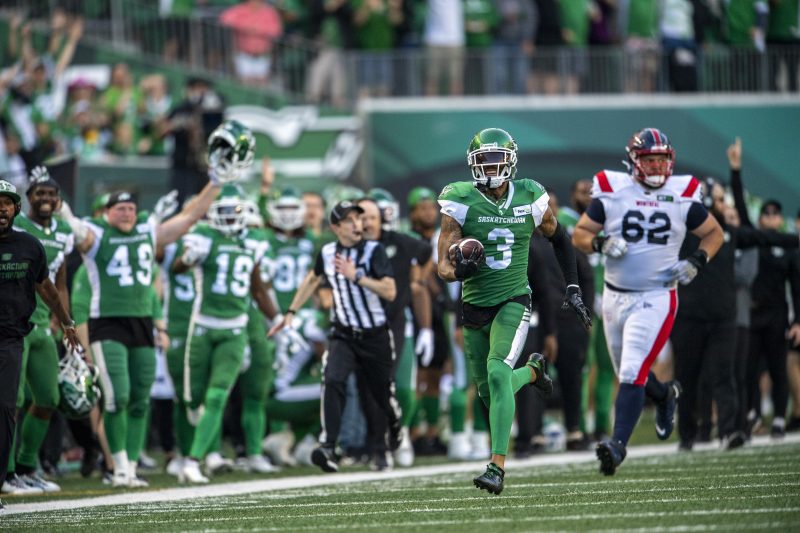 In front of a home crowd once again, the cornerback intercepted a pass from BC Lions quarterback Nathan Rourke for a 27-yard return touchdown in the second quarter, helping the Riders to a 33 win. -29.

As for pick-6 number six? Rider Nation will just have to watch and wait.

“I won’t change anything I do. When the games come my way, I do it for my team,” Marshall said.

Previous Top picks to get RV loans in the market
Next Fed may regret overly aggressive rate hike heading into 2023: JPMorgan

CARACHI: The State Bank of Pakistan (SBP) has injected more than 675 billion rupees into …